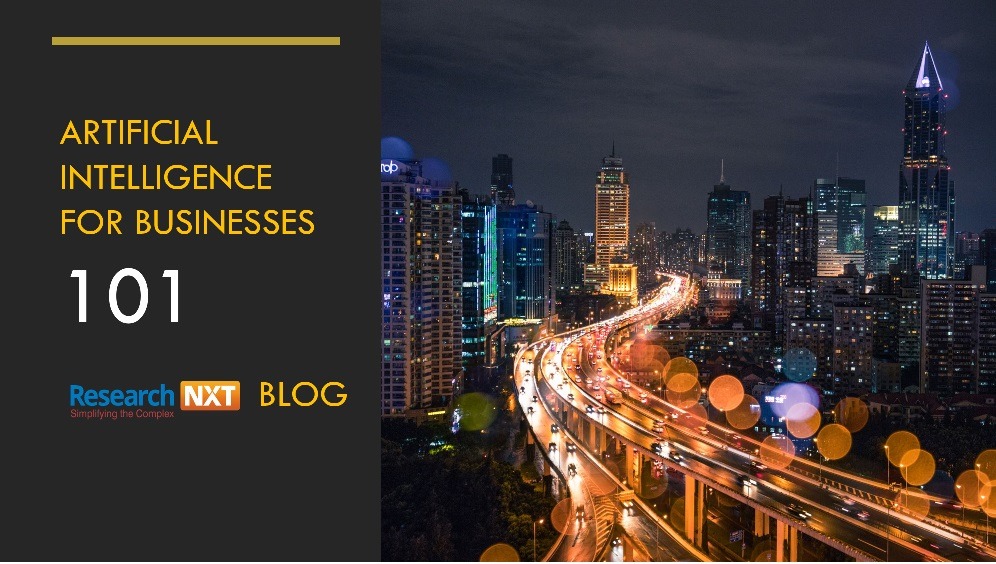 From Smart Analytics to Smart Basket, MarTech at Bigbasket

There is no doubt that Artificial Intelligence is the future of the world, and it will eventually seep into our lives in all sorts of ways. AI will drive the economy of tomorrow, and if properly harnessed, it can generate enormous prosperity for humanity and take us all to the next level. In short, AI is being used to create an upgraded world.

No wonder AI Skills are amongst the most in-demand, and “AI predictions for 2020″ is one of the most searched topics today. Hence, everyone wants to stay updated and connected with its innovations to have an edge in this fast-paced system. However, you have to know the past and understand the present to be prepared for the future. Hence, we will start with the “Evolution of Artificial Intelligence” before delving into why Ai is essential. Here is what we have:

The next notable event on AI was when computers got their first voice. ELIZA, developed at MIT by Joseph Weizenbaum in 1966, was perhaps the world’s first chatbot. ELIZA couldn’t talk like Alexa but communicate through text.

It took time, and there were multiple experiments and successes in between. But the rise of useful AI happened in 1980 when Digital Equipment Corporation’s XCON expert learning system was deployed and by 1986 was credited with generating annual savings of $40 million. The rollout of smart machines into the business had begun, and by 1985 corporations were spending $1 billion per year on AI systems.

Fast track to 2012, the power of deep learning was unveiled when researchers at Stanford and Google explored unsupervised learning that accelerated the pace of AI development and opened a new world of possibilities when it came to building machines to do work, which until then could only be done by humans.

Soon after, in 2015, machines started identifying better than humans. Researchers declared that computers could identify objects in visual data more accurately than humans for the first time.

The next most significant leap in the history of AI in business was in 2018 when self-driving cars hit the roads for the first time after successful testing for quite some time. Launch of Google spin-off Waymo’s self-driving taxi service in Phoenix, Arizona, was the event.

Another quite notable surprise was from Google in 2018 when they unveiled Duplex. An addition to the Google Assistant, Duplex could make calls on behalf of a user and perform tasks such as booking restaurant tables and hair salon appointments.

The pace of AI evolution took the fast route in recent times, and numerable attempts are being currently made to get it mainstream, and quite successfully, it is happening for good. Here is a set of entities that have been making phenomenal progress in bringing AI to life. They were recently recognized in the 2019 AI Breakthrough Awards program. Some of the winners for Best AI-based Solution for the following categories were:

Having said all these, we foresee AI to bring in a new era going ahead in 2020. The emergence of Smarter Tech is the visible next level where informed decision-making through empowered computer algorithms is becoming the critical business differentiator across industries. Gartner predicts that the business value created by AI will reach $3.9T in 2022. As AI becomes more capable of analyzing and interpreting data faster, businesses will build better, more personalized, and profitable campaigns.

It’s clear that we are sitting on the cusp of AI innovation, and for a more in-depth understanding, it is necessary to break it down further. For instance, let’s look at the three forms or levels of artificial intelligence that exist today:

When enterprises reach a stage where they have to consider introducing AI across various functionalities, the questions they’ll have to ask themselves would be allied with the level of AI they choose – whether they want to some assisted intelligence that automates monotonous work? Or whether they want humans & machines to work in collaboration making decisions with augmented intelligence? Or do they want to hand over all the decision-making to machines that use autonomous intelligence?

Though there is a growing buzz around artificial intelligence, business leaders are still not exactly sure where they could apply AI to benefit the functional units. This is not surprising as embedding AI across the business requires significant investment in talent, technology, and organizational transformation. While applications of AI covers the entire range of functional areas, specific use cases have let us identify the most significant impact it can have in the following instances:

It would be very wrong to stop just about here and say that these are the only areas where AI can be embedded and harnessed. AI‘s impact and its penetration are becoming strong every moment, and there are and will be numerous use cases. However, for the sake of this particular discussion, and the first half of 2020, we will stick to the above areas only.

In line with this thought, we at Research NXT take pride in announcing our first ever researches on AI in this upcoming new year. Two areas that we will mainly focus on will be AI in Marketing and AI in Procurement. That means that will be much such exciting news, updates, and discussions around AI that we will be publishing in the coming weeks. We will also be interviewing the industry experts and get their best practices around AI enablement to derive better business results.