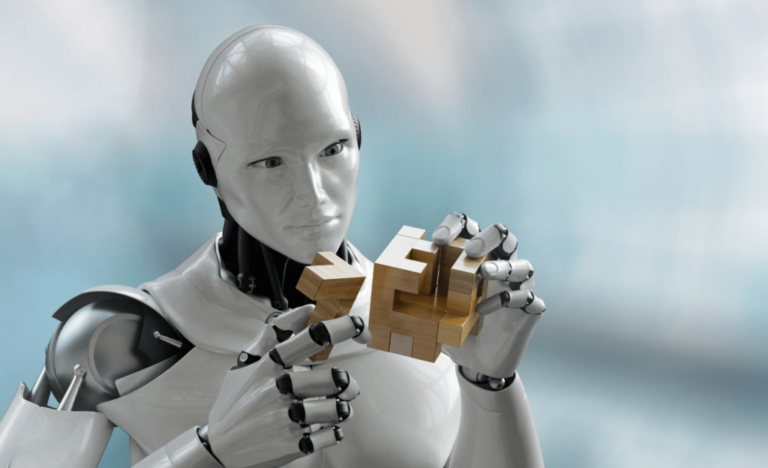 The continuous advancement in technology and the never-ending curiosity of humans have led to the question, “Can a machine think and behave like humans beings?” This is how artificial intelligence started to evolve with the intention of creating machines with an intelligence level equivalent to that of humans.

Artificial Intelligence (AI) is a way of making a software or a computer-operated robot think like a human brain. AI therefore functions “intelligently”, i.e. in the same way a human learns and works intelligently while trying to solve a problem or completing a task.

Advancements in AI raise a most alarming question – will robots take our jobs? After all, if machines can think like humans then they can most certainly replace them! While everyone is talking about the potential of AI to replace humans and eliminate jobs, in reality, except for a few professions, it can only make us better at our jobs by taking over a lot of repetitive tasks and giving us more time to focus on tasks that require deep-thinking and more emotional & social intelligence.

It’s clear that we are sitting on the cusp of AI innovation and for a deeper understanding it is necessary to break it down further. For instance, let’s look at the three forms or levels of artificial intelligence that exist today:

I) Assisted Intelligence: This is now a widely available level of artificial intelligence which basically makes your existing task easier by “assisting” you i.e. taking over a lot of repetitive & standardized actions.

Customer service chat bots and the Gmail algorithm that sorts your mail into “Primary”, “Social” and “Promotions” are a couple of examples that explain this form of AI.

II) Augmented Intelligence: This is still an emerging technology which is taking AI to the next level. This form of artificial intelligence, unlike Assisted Intelligence, “augments” or “enhances” the task being performed by humans.

III) Autonomous Intelligence: This is the future of artificial intelligence, where machines will be able to act on their own, practising complete autonomy i.e. freedom. Imagine self-driving cars, doctor-less hospitals or robots making their own music.

Implementing technology that involves autonomous intelligence where human interaction or decision-making would not be required at all, would be largely dependent on the amount of trust we’re willing to put on these solutions.

When enterprises reach a stage where they have to consider introducing AI across various functionalities, the questions they’ll have to ask themselves would be allied with the level of AI they choose – whether they just want to some assisted intelligence that automates monotonous work? Or whether they want humans & machines to work in collaboration taking decisions with augmented intelligence? Or do they want to hand over all the decision making to machines that use autonomous intelligence?